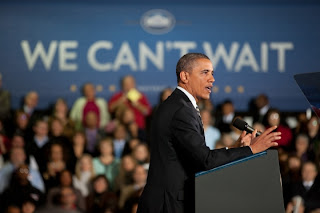 In October, President Obama declared that, as a nation, we can’t wait for Congress to resolve their differences and start passing legislation that will jumpstart the economy. Since then, the President himself has taken almost 20 different actions to support the middle class and create jobs.
He's pushed new initiatives, launched new investments, and issued orders to make the government more efficient and effective.
We’ve put together a new video to give you a sense of exactly how much he’s gotten done—even in the face of Congressional gridlock and inaction.