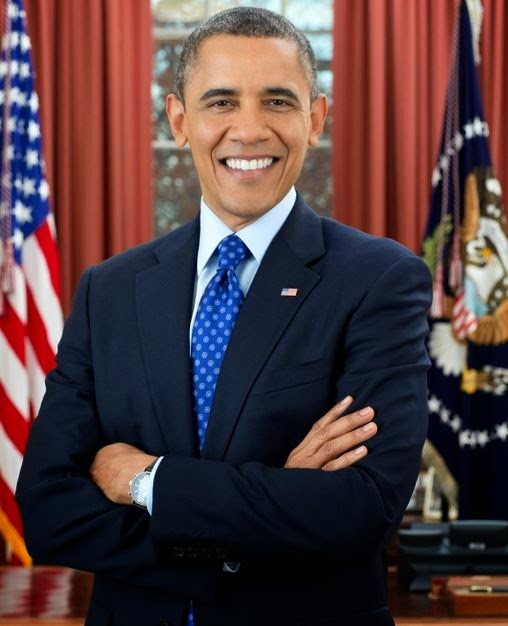 Good evening,
I just addressed the nation about what the United States will do with our friends and allies to degrade and destroy the terrorist group known as ISIL. Let’s be clear: While this group may call itself the "Islamic State," it is not "Islamic." No religion condones the killing of innocents, and the vast majority of ISIL's victims have been Muslim. Nor is it a "state." It is not recognized by any government, nor by the people it subjugates. This is nothing but a terrorist organization with no vision or goal other than to slaughter all who stand in its way. While we have not yet detected specific plotting against our homeland, these terrorists have threatened America and our allies. And the United States will meet this threat with strength and resolve. Already, our military has conducted more than 150 successful airstrikes over the past month against ISIL targets in Iraq -- strikes that have protected American personnel and facilities, killed hundreds of ISIL fighters, and helped save the lives of thousands of innocent men, women, and children. Going forward, our objective is clear: We will degrade, and ultimately destroy, ISIL through a comprehensive and sustained counterterrorism strategy. Here is what that strategy looks like. First, we will conduct a systematic campaign of airstrikes against these terrorists. Working alongside the Iraqi government, we'll expand our efforts beyond protecting our own people to hit ISIL targets as Iraqi forces go on offense. And we will continue to hunt down terrorists who threaten our country, whether in Iraq or Syria. They will learn what leaders of other terrorist organizations have already learned: If you threaten America, you will find no safe haven. Second, we will increase our support to the forces fighting these terrorists on the ground. We will send an additional 475 service members to Iraq to support Iraqi and Kurdish security forces. These American forces will not have a combat mission. But they are needed to support Iraqi and Kurdish forces with training, intelligence, and equipment -- and tonight, I again called on Congress to give our military the additional authorities and resources it needs to train and equip the Syrian opposition fighters. Third, working with our partners, we will continue to draw on our substantial counterterrorism capabilities to prevent ISIL attacks. Working with our partners, we will redouble our efforts to cut off its funding, counter its warped ideology, improve our intelligence, strengthen our defenses, and stem the flow of foreign fighters into and out of the Middle East. And fourth, we will continue to provide humanitarian assistance to the innocent civilians displaced by this terrorism organization. This includes Sunni and Shia Muslims who have borne the brunt of this terror, as well as tens of thousands of Christians and other religious minorities. I have the authority to address the threat from ISIL. But I believe we are strongest as a nation when the President and Congress work together. So I welcome congressional action to support this effort in order to show the world that Americans are united in confronting this danger. This mission will not be like the wars in Iraq and Afghanistan. It will not involve American combat troops fighting on foreign soil. This effort will be a steady and relentless approach to take out terrorists who threaten us, while supporting our partners on the front lines. This is American leadership at its best: We stand with people who fight for their own freedom. And we rally other nations on behalf of our common security and common humanity. When American forces helped prevent the massacre of civilians trapped on Mt. Sinjar, here is what one of them said: "We owe our American friends our lives. Our children will always remember that there was someone who felt our struggle and made a long journey to protect innocent people.” That is what the United States of America does. That is the difference we make in the world. And moving forward, our own safety and security depends upon our willingness to do what it takes to defend this nation, and uphold the values that we stand for.